THE LOS ANGELES DOCTORS SYMPHONY ORCHESTRA is one of the oldest medically oriented community orchestras in the United States. Founded in 1953 by Dr. Reuben Strauss with 35 doctors, dentists, veterinarians, nurses, and allied health care professionals, it boasted 70 members at the time of its first concert at the Philharmonic Auditorium in downtown Los Angeles in 1954. Despite our name, it is not necessary to be a member of the medical profession to play in the orchestra. The orchestra has broadened its membership to encompass musicians with diverse backgrounds including the legal profession, science, and education, as well as other dedicated amateur musicians. In this respect we consider ourselves a true community orchestra. In addition, we supplement our volunteer orchestra with emerging professional musicians, giving them the opportunity to showcase their talents, inspire our serious amateurs, and improve the quality of our performances.

The mission of the Los Angeles Doctors Symphony Orchestra is to offer high-quality, affordable concerts to the diverse communities of Southern California, to support important medical causes, to support volunteer musicians, including youth, in their pursuit of the discipline and joys found in musical expression, to support emerging professional musicians, and to provide musical growth and fellowship for its performing members.

The orchestra has supported the performance of new music by local composers and has premiered the work of Adrienne Albert, David Avshalomov, Andrew Feazelle, and Karim Elmahmoudi, our former composer-in-residence whose work Orbit plays daily at the space shuttle “Endeavour” exhibit at the California Science Center.

We maintain close ties to the medical community with performances that raise funds for medical causes such as relief for tsunami victims in Japan, autism research at UCLA, the Leukemia and Lymphoma Society, the American Cancer Society, and Operation Smile.

About Our Music Director 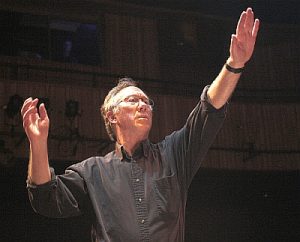 Ivan Shulman is an award winning conductor, teacher, clinician and virtuoso performer, who has appeared with many orchestras in the Southern California area and celebrates his 28th season as Music Director of the Los Angeles Doctors Symphony Orchestra.

Originally from New York, he studied oboe with his father, the noted oboist Harry Shulman who played in the NBC Symphony under the direction of Arturo Toscanini. In his youth, he attended the Casals Festival in Puerto Rico on numerous occasions, and spent summers in Marlboro and Aspen, where he studied composition with Darius Milhaud and Charles Jones, theory and orchestration with Gordon Hardy, and conducting with Walter Susskind and Wolfgang Vacano.

After deciding to follow his scientific interests, he went to medical school at the University of Pittsburgh, did a peripatetic general surgical residency in New York, Seattle and San Francisco, and spent two years in the US Public Health Service on the Navajo Reservation. Despite the intensity of a surgical training program, music was never far from his daily activities and when he moved to begin a practice in Los Angeles, he sought out many opportunities to play oboe in both community and professional groups. He has done studio work for several television programs, at least one of which has come out on DVD. He has played oboe with the Los Angeles Philharmonic at the Dorothy Chandler Pavilion and at the Hollywood Bowl, which included appearances under conductors Michael Tilson Thomas, Christopher Hogwood and Leonard Slatkin. For several years, he served as tour physician and extra oboist with the Philharmonic, going to Mexico with Erich Leinsdorf, to Japan and Korea with Carlo Maria Giulini, and to Europe with Zubin Mehta. Several seasons ago, he again combined his medical and musical talents, accompanying the Debut Orchestra of the Young Musicians Foundation on a tour of China.

He became Music Director of the Los Angeles Doctors Symphony Orchestra in 1990, and took master classes under the auspices of both the American League of Symphony Orchestras and the Conductor’s Guild. As Music Director he has conducted the orchestra in Los Angeles, as well as Santa Barbara and Santa Fe. In 1994, he led the combined forces of the Los Angeles Doctors Symphony and the University of California at San Francisco Orchestra in a highly acclaimed performance of the Mahler Sixth Symphony in San Francisco. He has also appeared as guest conductor in California with the Santa Monica Symphony, the Beach Cities Symphony in Torrance, the West Coast Symphony in Santa Barbara, the Brentwood-Westwood Symphony, the Topanga Philharmonic, the West Hollywood Orchestra, the Dalhousie University Chorus in Halifax, Nova Scotia, and the Kenai Peninsula Orchestra in Alaska, and the CAIS Honors String Orchestra. He was also the conductor of the South Coast Reading Orchestra in Santa Barbara for four seasons. With the Nevada State Opera, he has conducted performances of Don Giovanni and Carmen. In 2001, he made his European conducting debut with the Pleven Philharmonic, in Bulgaria. He was music director of the Los Alamos Symphony Orchestra in New Mexico from 2011 to 2013.

In Los Angeles, Dr. Shulman had a very busy surgical practice in a large medical group, where his interests included breast cancer, laparoscopic surgery, pacemakers, thyroid and parathyroid disease and the gamut of general surgery. He was also a Clinical Assistant Professor of Surgery at the University of Southern California, where he taught surgical residents. In 2006, he took leave of surgery on a full-time basis, and participated in a number of surgical missions to Africa, Latin America, Oceania, the Philippines, Mongolia and Nepal. During this time, he also returned to academia to pursue his musical interests once again, and received a Master’s degree in Music from the California State University at Long Beach in 2008, where he conducted and wrote a thesis on the Second Symphony of Charles Ives. He also performed other works of Ives and others while conducting the New Music Group. For his efforts, he received the Outstanding Graduate Thesis award from the University. Dr. Shulman has been on the music faculty at CSULB where he taught music history. Although his musical tastes are broad, he has a special interest in the music from the Holocaust, having performed the American premiere of the Third Symphony of Erwin Schulhoff in 2001. He is Chair of the Music Advisory Board of the Young Musicians Foundation, and regularly serves as a judge for scholarship and musical competitions of the YMF, the Westside Music Foundation, the Music Teachers Association of California and Azusa Pacific University. He also recently was a juror for the 4th and 5th Hong Kong International Music Festival.

In addition to his musical activities, he currently is a Voluntary Assistant Clinical Professor of Surgery at the University of California-Los Angeles, where he delights in teaching the next generation of physicians at the David Geffen School of Medicine.