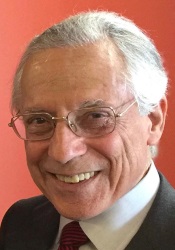 MYLES LEE, MD (President), a graduate of Tufts Medical School, practiced cardiothoracic surgery in Los Angeles for 40 years and is currently a senior member of the American Association for Thoracic Surgery and a fellow of the American College of Surgeons. He has authored numerous scientific papers, a textbook on complications in cardiac surgery (Near Misses in Cardiac Surgery and a novel (The Donation) which dramatizes the shortage of organ donors.

Dr. Lee is an historical hobbyist with an extensive library on American history and the presidency. He has written librettos for four orchestral works by noted New York composer-conductor, Victoria Bond, which will appear in a CD this year that features soloists from the Chicago and Milwaukee Symphony Orchestras.

Dr. Lee has a degree in Art History from Harvard University. Now a fine art photographer (@mylesleephotography on instagram), he has identified the origins of painterly technique from images captured in the field. He subordinates the reality of scenic photos to abstract expressionistic images dominated by form, composition, balance, color, texture, and light; in so doing he has demonstrated that life imitates art. He is a member of the Carmel Foundation Photographers and the Center for Photographic Art in Carmel, California. His work resides in private collections in Los Angeles, Santa Barbara, Carmel, Durham, and East Hampton and has recently become part of the art collection of the Community Hospital of the Monterey Peninsula. 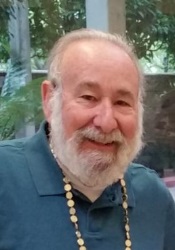 JOSEPH BRAUN, PhD (Vice President) Joe plays timpani and percussion in the symphony. He is the “other kind of doctor” having earned a PhD from the University of Chicago. He has spent most of his working life preparing teachers for inner-city schools, first in his native Chicago and later in Los Angeles, Long Beach, Pasadena and Compton. His 35 years in higher education were about evenly divided between teaching and administrative or grants management assignments. Joe studied piano and violin in elementary school and switched to percussion in junior high, taking private lessons and playing in school groups through high school. As an undergrad at UC Berkeley he played in the marching and concert bands, a Dixieland band that played in pizza joints and an opera company in Oakland. In Chicago he continued his “pit” work with community musical theater doing just about everything Gilbert and Sullivan wrote as well as other operettas and musical shows.

During his 24 year tenure at Cal State Dominguez Hills he was a regular member of the Carson/Dominguez Hills Symphony and also played occasionally with community orchestras in Pacific Palisades, Pasadena, Glendale and LA City College. He currently plays with two community opera companies in southern California. Dr. Braun is also a member of the board of directors of the Silverlake Conservatory of Music, which provides low cost and free music instruction for families in the Hollywood, Los Feliz, Silverlake communities.

Joe’s teacher in high school told him that if he wanted to continue to love music he should play as much as he could but not try to make a living at it. “It’s the best advice I ever received”, Joe relates. “The LADSO continues to provide me with the opportunity to play classical music, and some pops at a high level that challenges me to continue to improve.” 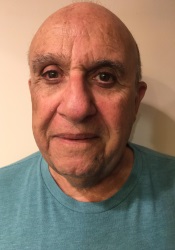 BARRY YUCHT (Treasurer) has Bachelor of Science degree from Rutgers University. A certified public accountant since1969, he served with Botwick and Levine until 1980 and with Levine and Yucht until 2008. Concentrating in taxation with expertise also in Government Auditing Standards, Barry was for many years the auditor of the largest processor of turkey products for the government school lunch program. His practice included taxation issues relating to estates and trusts, employee benefit plans, and non-profits. Barry retired in 2008 from the active practice of accounting but maintains the position of treasurer at two non-profit organizations in Los Angeles. 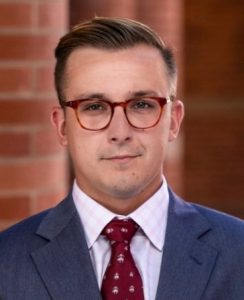 Andrew Hasel (Orchestra Member-at-Large) has been a cellist in LADSO since 2016. His mother, a music teacher, introduced him to music before he could speak. Originally from Long Island, New York, Andrew studied cello under Susan Rubner. He was a member of The Metropolitan Youth Orchestra of New York throughout high school, and also participated in many music festivals throughout New York, including the New York State All-State Symphony. Andrew earned his MBA from UCLA Anderson. He earned a B.S. in Business Administration from the University of Southern California, where he was a cellist in USC Thornton’s Community Orchestra. 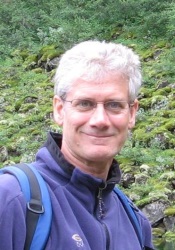 JERRY HORNOF received degrees in Biological Oceanography, Zoology and Fisheries from the University of Washington in Seattle. He served as an Oceanographer for the University of Washington until he joined the National Oceanic and Atmospheric Administration (NOAA) Fisheries in 1987. Jerry currently serves as the Operations, Management, and Information Director for NOAA Fisheries West Coast Region located in Long Beach. The West Coast Region’s primary responsibilities include marine fisheries management, marine mammal protection, marine endangered species protection and habitat conservation. He is also president of the Westdale Home Owners Association, co-chair of the Recreation & Open Space Enhancement Committee for the Mar Vista Community Council and serves on the Mar Vista Park Advisory Board. Jerry Hornof joined the LADSO Board in 2012.


Rebecca Rodman, violinist and violist, earned her BA in violin performance at UCLA. Ms. Rodman was active in recording for motion pictures, TV and CD recordings in the Los Angeles commercial industry. Her performing positions included Concertmaster of Palisades Symphony Orchestra (1975 to 2000) and violinist and violist in orchestras, including the Santa Barbara Symphony, Pasadena Symphony and the Hollywood Bowl Orchestra. Ms. Rodman was the violist in the Beverly Hills Piano Quartet and continues to play with numerous chamber music groups in the US and around the world.

Ms. Rodman moved to Cremona, Italy in 2001 and stayed for 14 years learning violin-making in the historic city. She started a Foundation, (Fondazione Maestro Cremona) that loans instruments she has made, free of charge, to emerging artists. She has moved back to Los Angeles to be near her grandchildren and to continue to play music and make instruments here in Los Angeles. 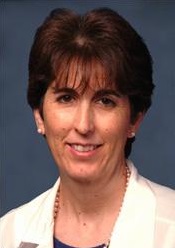 KAREN SCHARRE, MD received her medical degree from the University of California, Davis. She completed a residency in pathology at the University of Washington School of Medicine in Seattle and a surgical pathology fellowship at Cedars-Sinai Medical Center. Now retired, Dr. Scharre enjoyed a more than 30 year career in the Department of Pathology and Laboratory Medicine at Cedars-Sinai Medical Center where she served as Director of Breast Pathology for many years. She was also Assistant Clinical Professor of Pathology at the David Geffen School of Medicine at the University of California, Los Angeles (UCLA). Beginning her musical training in violin at the age of 10, Dr. Scharre has enjoyed performing in orchestras ever since. She joined the Los Angeles Doctors Symphony Orchestra in 1984 and currently holds the position of Ethel McClatchey Principal 2nd Violin Chair. She has previously been a member of the Seattle Philharmonic Orchestra and the University of California, Davis Symphony Orchestra. Her musical interests have recently expanded to include chamber music performance. Dr. Scharre joined the LADSO Board in 2017. 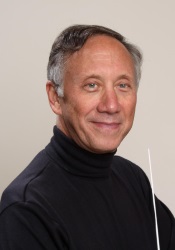 IVAN SHULMAN, MD has been Music Director of the Los Angeles Doctors Symphony Orchestra since 1990. He received a master’s degree in orchestral conducting from California State University, Long Beach in 2008, for which he received the Outstanding Graduate Thesis award and where he now teaches on university’s music faculty.

Earlier in his career, he played oboe with the Los Angeles Philharmonic Orchestra and for several years he served as tour physician for the Philharmonic, traveling with Erich Leinsdorf to Mexico, with Carlo Maria Giulini to Japan and Korea, and with Zubin Mehta to Europe. As a student he studied in Aspen with Wolfgang Vacano, Gordon Hardy and Darius Milhaud.

As Music Director, he has led the Doctors Symphony not only in Los Angeles, but also in Santa Barbara, Santa Fe, and in San Francisco in conjunction with the UC San Francisco Orchestra in an acclaimed performance of Mahler’s 6th Symphony. He has appeared as guest conductor of numerous California orchestras, as well as ensembles in Alaska, New Mexico, Nevada, Nova Scotia, and Bulgaria.

Dr. Shulman is Co-Chair of the Music Advisory Board of the Young Musicians Foundation, and serves regularly as a judge for scholarship and musical competitions for YMF, the Westside Music Foundation, and local branches of the Music Teachers Association of California. He also recently was a juror for the 4th Hong Kong International Music Festival. Along with an extensive career with the Southern California Permanente Medical Group, he has participated in surgical missions to Africa, Latin America, Oceania, the Philippines, Mongolia, and Nepal. He currently is a Voluntary Assistant Clinical Professor of Surgery at the University of California-Los Angeles, where he delights in teaching the next generation of physicians at the David Geffen School of Medicine.